Apple AirPower Has Been Cancelled

Yes, it is true. Apple AirPower has been cancelled.

The AirPower wireless charging mat was announced by Apple in September 2017. At the time of the announcement, Apple promised that it would be available in 2018. 2018 has come and gone with no sign of AirPower. The new AirPods with the Wireless Charging Case were released a little more than a week ago, and everyone has been anticipating the release of AirPower. Today, March 29, 2019, a little more than a week after the new AirPods were announced, Apple announced that Airpower has been cancelled and will not be released.

Dan Riccio, Apple’s senior vice president of Hardware Engineering said, “After much effort, we’ve concluded AirPower will not achieve our high standards and we have cancelled the project. We apologize to those customers who were looking forward to this launch. We continue to believe that the future is wireless and are committed to push the wireless experience forward.”

AirPower was expected to work with Apple’s line of iPhones that support wireless charging, together with the Apple Watch and the recently announced AirPods Wireless Charging Case.

While it is disappointing that AirPower has been cancelled, this announcement may make it easier for those people who were waiting for it for a long time.

What other multi-charging pads are available instead?

There are several products that are currently available that can provide similar functionality to what AirPower was supposed to provide. These products allow you to simultaneously charge your iPhone, Apple Watch and AirPods. The unique feature of AirPower was that you could put your devices anywhere on the charging pad, and they would all charge. None of the other multi-device chargers support this. With all other devices, you’ll need to put your devices in the proper spot on the charging pad / stand. These charging solutions are all significantly less expensive than the price that was expected for Apple’s AirPower charging pad.

Charging Pads for use with AirPods with Wireless Charging Case:

If you are using the Wireless AirPods Charging Case, than you can use any of the following devices to wirelessly charge your iPhone, Apple Watch and AirPods:

Charging Stands for use with AirPods with Charging Case (non-wireless):

If your are using AirPods and don’t have the AirPods Wireless Charging Case, you can choose one of the following charging stands to wirelessly charge your iPhone and Apple Watch, and plug in your AirPods case:

We’d love to hear in the comments which is your favorite 3 in 1 charging solution. 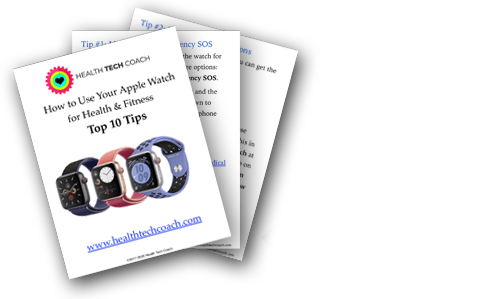